WAR CLOSES IN ON DAMASCUS ELITE AS THE POWER GOES OUT AND PRICES OF ESSENTIAL COMMODITIES RISE:

The war came yet closer to the regime’s supporters in Damascus over the weekend when for the first time the electricity went out for a prolonged period in the upmarket areas in the centre of the capital, including affecting properties owned by the Assad family and the President’s businessman cousin Rami Maklouf. 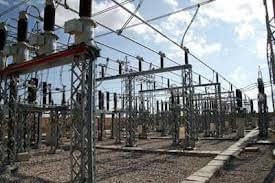 The power failed on Sunday night and was out for at least 22 hours. The Electricity Minister, Imad Khamis, blamed the outage on “terrorists”, saying that they had brought down high-voltage power lines and it had affected sub-stations and generators.

He expected power to be fully restored to the capital by this morning, Tuesday.

For President Assad’s supporters it was, despite all the Government’s desperate reassurances, another sign that war closes in on Damascus and the end is approaching. Opposition fighters are reported fighting within 800 metres of Damascus Old City, once a tourist destination and a UNESCO World Heritage site.

One local resident said, “Inside Damascus’ Old City, you can’t escape the muffled sounds of shelling and fighter jets and even machine guns fired off nearby”.

To add to the misery and desperation, the Syrian Government yesterday raised the prices of petrol, wheat and flour. 95-octane gasoline (petrol) went up to 60 Syrian pounds ($0.75) per litre, flour from the equivalent price of $419 per ton to $434 and soft wheat, needed to make bread which is already in short supply,to the equivalent of $337, up from $321. 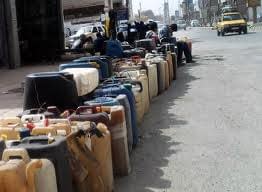 The extent of the queues for fuel in the capital can be seen in Khalid Bin Waleed Street, filmed, HERE:


The increased price announcements were followed by another explosion on Monday in the wealthy area of Dumar in Damascus causing an unknown number of deaths.

Not surprising then that Jordan has reported another huge influx of 12,000 Syrian refugees in just the last 6 days, over 25,000 having crossed the border since January 1st.

Jordan says it is hosting 300,000 refugees, 176,000 of whom are registered with UNHCR, the UN refugee organisation. The UN is predicting 1.1 million Syrian refugees in neighbouring countries by June if the war does not end soon.

Two shells from an unknown source landed near the Russian embassy in Damascus on Saturday, perhaps prompting the airlift of “100” Russian citizens announced yesterday. As heavy fighting continues along the road to the International Airport and it remains closed to civilian aircraft, the Russians said they would bus their citizens to Beirut in Lebanon, where “2 planes” would be waiting to take them to Moscow.

(EDITOR: Quite why “2 planes” is unclear. Either the Russians have very small aircraft or they are moving all the fat people first!)

In the event, reports from Russian diplomats say that as many as 150 people were being bussed from Damascus this morning, Tuesday, and more will be moved “as and when required”.

Russian naval ships are currently carrying out exercises in the Black Sea and the Mediterranean, which include the use of landing craft and removing people from the shore.

Yet again there are also renewed reports from Dubai (reported on this blog some time ago) that Assad’s Mother, Anisa Makhlouf, has taken up residence there with other members of the Assad family.

Bushra Al -Assad, who has broken with the President, Bashar Al-Assad, several times, moved to Dubai in September and enrolled her 5 children in a private school after her husband was killed in a FSA bomb explosion in Damascus.

And in yet another desperate move the Assad Government has also formed a paramilitary force called the “National Defense Army” which will made up of men and women who were formally members of the “popular local committees”, most of whom are loyal members of the ruling Ba’ath Party and from all sects in Syrian society.

According to reports the members of the new armed militia are being trained in guerrilla warfare techniques to defend their own neighbourhoods by “advisers” from Iran and members of Hezbollah, the Lebanese armed militants.

The new force is already reported to be active in Homs province, supposedly leaving the Syrian Army free to fight elsewhere.

Similarly, the FSA is busy also training its recruits in urban warfare. This Al Jazeera video report, filmed at a captured army base on the outskirts of Damascus, shows the realistic training exercises, HERE:

Heavy fighting continues around Damascus, the regime sending yet more reinforcements to attack the Opposition held suburb of Daraya and even pounding it with ground to ground Grad missiles, not caring who they kill. Continuous airstrikes are also being reported on Douma and the East Ghouta region, another centre of Opposition strength, with successive rocket attacks on an area between Hamouriyeh and Jisreen.

Further north in Idlib province, the FSA has announced a campaign to free Idlib city from Assad regime control and on Monday launched attacks against 7 heavily armed Government checkpoints on the outskirts of the provincial capital.

A ground attack on Ma’arrat al-Numan has been repelled, HERE: and 3 tanks and an armoured vehicle sent there to reinforce the assault were destroyed.

In addition a checkpoint between Ma’arrat al-Numan and Khan Shaykhoun has been freed from government forces, opening another route towards Latakia, which many consider will be the Assad regime’s last stronghold.

However, the FSA is already well entrenched in Latakia province, local fighters using their extensive knowledge of the mountains to their advantage and holding large areas of territory. An excellent article on the looming fight for Latakia, HERE:


In Aleppo province heavy fighting continues in all areas, but particularly around Quwayres airbase, HERE:  Within Aleppo city itself, the water supply suddenly came on again, causing citizens to rush around filling containers of drinking water before it was shut off again.

In Hama province on Monday at the Alawite town of Salamiya, east of the provincial capital, a suicide bomber blew up a car outside the local headquarters of the popular committee and the Shabiha. At least 30 people were reported killed, including a number of leading members of the local and regional Ba’ath Party.

Assads Oblivious to Killing in Their Name

Regime forces plus Shabiha accompanied by Hezbollah fighters have continued a major onslaught on the neighbourhoods of Jobar and Sultaniya and the village of Kafara’aya near Homs and heavy attacks are reported on Opposition positions near Deraa in the south and at Deir el-Zoiur and Raqqa.

In the extreme north-east clashes are also continuing between Jihadists and the Kurdish Popular Protection Units in Ras al-Ayn near the Turkish border, killing at least 56 fighters on both sides over the last 6 days.

In Istanbul, the Syrian National Coalition (SNC) meeting over the weekend failed to reach consensus on the make-up of a “transitional government” and an attempt to elect former Syrian prime minister Riad Hijab as leader of the new administration-in-exile did not come to fruition.

Instead, the President of the SNC, Moaz Alkhatib, left the meeting early to fly to Qatar to try and garner financial guarantees for a new government, if and when it comes into power.  The Opposition politicians are due to meet in Paris on 28th January to discuss their plans with 20 supporter countries.


Yesterday also saw the arrival by sea and the unloading of the first NATO Patriot Missile systems from Germany in the Turkish port of İskenderun. They will now be transported by road to their positions near the Turkish – Syrian border and be fully operational early in February. The BBC has a video report, HERE:


Lastly, to cheer us all up, some spectacularly funny “Whoops!” home-made weapons failures which even made the Opposition fighters laugh, courtesy of the Brown Moses Blog , HERE:  and HERE: