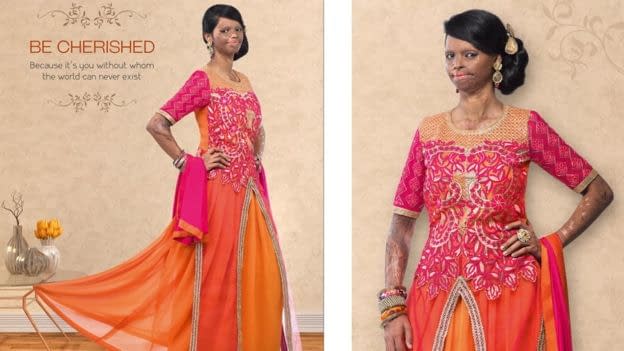 Writing in recent days about the siege of Madaya in Syria, where 28 people were deliberately allowed to starve to death, made me ponder on the dark shadow of human cruelty that always hangs over our daily lives. 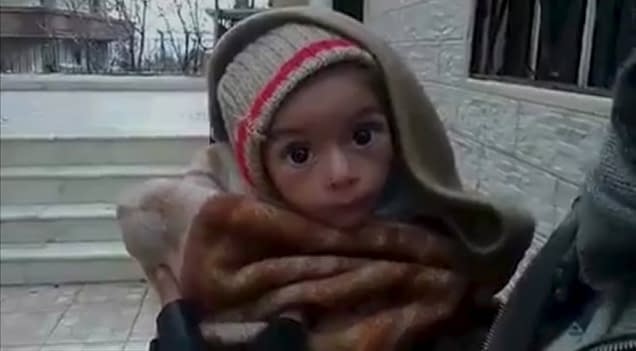 A Starving Child in Madaya, Syria

What is it that makes a presumably intelligent, well educated couple like President Assad and London-born wife Asma, who have 2 healthy children of their own, stand back and let other people’s children 30 miles away die from malnutrition and lack of food?

The Assads had the power to change that in an instant.

They could have supplied medical assistance that would have kept the starving alive, but chose not to do that either, because of politics and religion – the victims all belonged to wrong (Sunni) sect.

By contrast Alawite/Shia, supporters of the regime, trapped by an opposition siege in Kefraya and Al Fuah have received fairly regular airdrops of food and other supplies.

Similarly, what makes members of the Islamic State in sickening acts of cruelty, behead people, burn them alive or suicide bomb innocent tourists to death?

The acts of cruelty in war are endless. It’s as though the state of war “gives permission” for common humanity to be completely and illegally suspended – though the boundary between war combatants and non-combatants is becoming increasingly blurred.

And it is not just in war that cruelty manifests, we see it around us almost every day.

Take the cases of acid attack victims. More than 200 in the UK over the last 2 years and an estimated 1,000 a year in India, many of them there never officially reported or treated.

They also occur in the USA and South America and across Europa and Asia. In Bangladesh there have been 3,512 people attacked with acid between 1999 and 2013 alone, though annual numbers are at last reducing.

Acid attacks melt distinctive facial features like noses and ears that most of us take for granted, disfigures bodies, take away sight, cause deafness and ruin lives. The emotional and psychological damage is immeasurable.

Iqbal in Pakistan, a very handsome young man, was just 15 years old when he was attacked with acid.

He was a passionate dancer and danced professionally with his parents in wedding processions.

One night, Iqbal was approached by another man who sexually propositioned him but Iqbal said he wasn’t interested.

While sleeping at home along with his family, Iqbal had acid poured over his head.

He was left blind in both eyes by the attack and his lips and neck burned so badly that eating and drinking are extremely painful.

Iqbal is from a family of poor wood cutters, who dance to earn extra income.

Now aged 20 he is at last receiving treatment for the first time in 5 years.

It is not just our fellow humans that human beings are cruel to. It is also animals.

The reports of animals starved and beaten to death are endless on the Internet, including many animals that were supposedly “pets” or destined for our dinner plates.

And then you have the bizarre phenomena of people who lovingly care for their pets but starve or are cruel to their children.

All of which goes contrary to our natural instincts.

From a biological point of view, newly born and young children and animals are “cute”, innocent and appealing precisely to trigger an affectionate and protective bonding response from those around them, particularly their parents.

We have all probably done cruel things to people, animals or insects at some time in our lives, however “good” we try to be.

I have to confess that I once worked in a zoo where we had to feed the owls and other birds of prey with day-old-chicks.

If we had put live chicks into the cages for the birds to kill there would have rightly been a public outcry, so every week a box of freshly hatched little miracles would arrive at the zoo – and one by one we killed them by breaking their necks and storing them in the fridge.

After a short while, a friend and I could no longer do it – every death felt like an emotional knife wound and eventually such cruel actions became impossible.

DISCONNECTING FROM OUR FEELINGS

Human cruelty and lack of care, which in regard to the young or the elderly can also be cruel, is a result of a disconnect with our feelings to one degree or another. The less we truly feel, the more we can separate ourselves from and ignore what goes on around us.

And we stop feeling of course when we are so full of pain and distress ourselves that feeling it threatens our functioning. Depression, is precisely that, pressing down our painful feelings, but those suffering depression are more likely to harm themselves than be cruel to others.

The dangerous ones are those that are so disconnected from their feelings that they act them out without taking responsibility for those actions. Rage, jealousy, rejection, fear, feelings of inadequacy or other strong emotions can trigger acts of cruelty, often on the weaker and most vulnerable.

Facing up to cruelty of many kinds in our world is not an easy thing to do. It is noticeable with my blog that when I write about people “starving to death” for example, the views of the site immediately go down and when I write about “battles and victories”, the number of views goes up! (It will be interesting to see how this article fares)

Extraordinarily, at the other side of the human coin, sometimes out of cruelty, pain and suffering some good things come.

Laxmi Saa, one of the acid victims mentioned above, was attacked when she was 15 years old merely because she rejected an offer of marriage. Her attacker got just 3 years for disfiguring her for life.

Despite her injuries, Laxmi is well known in India for her campaign to get the sale of acid regulated, because it is far too easy to buy and misuse it.

Now a designer clothes company in India, Viva N Diva, is employing and empowering her as a model for its latest range. Kudos and respect to the company and to Laxmi for her bravery and determination. (You can read more at the BBC)

Finally, what can we do in our own lives to lift the dark shadow of human cruelty hanging over the world?

We can certainly challenge, report and remove cruelty from our own life in whichever form it appears.

As I always say, if you can’t be right, be kind. No-one, animal or human, deserves cruelty.