Threats, Delusions and Sectarian Persecution in Bahrain and Saudi Arabia

DESPITE RELEASE OF HUMAN RIGHTS ACTIVISTS BENEATH BAHRAIN’S “THIN VENEER OF REFORM” LITTLE HAS CHANGED:

BAHRAIN’S JUDICIAL SYSTEM USED AS “SLOW PSYCHOLOGICAL TORTURE” TO CAUSE AS MUCH DISTRESS AS POSSIBLE:

Following the release on bail on Monday of Nabeel Rajab, another 3 activists Zainab AlKhawaja, Masooma Sayyid Sharaf and Hassan Oun were released from detention on Tuesday of this week. 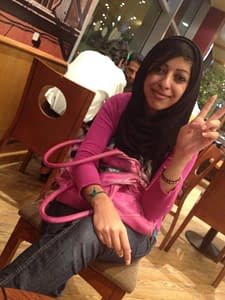 Zainab Alkhawaja Shortly After Her Release

Like Nabeel Rajab, Zainab and Masooma were released on bail and will have to return to court in June to answer further charges.

But as Amnesty International said on Tuesday in a statement, commenting on the ongoing trials of prisoners of conscience and the many political prisoners still held in detention on questionable charges, “behind Bahrain’s thin veneer of reform, little has changed in practice and the human rights crisis is far from over”.

This was highlighted last week at the UN Human Rights Council in Geneva, when following a “Universal Periodic Revue” (UPR), which all UN member states are subject to, Bahrain was severely criticised for its human rights record and landed with 176 recommendations which it says it is going to “consider”.

As well a some internationally known human rights organisations, some civic society members of the Opposition from Bahrain gave evidence at the hearing including Drs.Ala’a Shehabi and Nada Dhaif, Maryam AlKhawaja and Jalila al Salman.

Nabeel Rajab of the Bahrain Centre for Human Rights (BCHR) was unable to attend as he was still being held in prison accused of “insulting a state institution” on his Twitter account.

At the end of the hearings last Friday and the issuing of the report on Bahrain, the President of the Human Rights Council Laura Dupuy Lasserre, issued an unprecedented statement saying she had been advised that some of those giving evidence against the Bahrain Government had been named and vilified in Bahrain’s media and threatened with interrogation and reprisals since appearing. 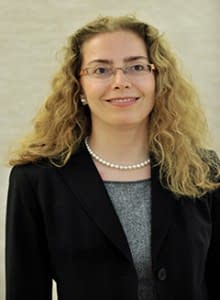 The President of the Council went on to name all the civil society members from Bahrain who attended and called for their protection.


Despite vehement statements of denial from Bahraini officials at the UN and back home that they would “ever do such a thing”, reports from Manama confirmed that vilification of the activists who spoke in Geneva continued on Bahrain’s state TV on Tuesday evening and that since the beginning of the session on Monday 21st May, a number of columns have appeared in Bahrain media labeling the activists as “traitors” and making other derogatory statements against them.

Dr. Salah Ali, Minister of State at Bahrain’s “Human Rights” Ministry and leader of their UN delegation, called the allegations “unfounded” and said he would like to know who made such a complaint to the Human Rights Council?

The representatives from Saudi Arabia, Belarus, Kuwait and Yemen, all of whom had supported Bahrain’s shining “human rights record”, condemned the President for her statement.

However, Laura Dupuy Lasserre stood by her comments and in her final remarks said that it was her duty to protect those who face attacks.

BAHRAIN’S JUDICIAL SYSTEM USED AS “SLOW PSYCHOLOGICAL TORTURE” TO CAUSE AS MUCH DISTRESS AS POSSIBLE:

Jalila Al Salman, Deputy Vice President of the Bahrain Teachers Union and who is currently still on trial for “attempting to overthrow the Government of Bahrain” along with Mahdi Abu Deeb, said “I was very uncomfortable about the daily reports in the loyal press.

It gives a bad feeling but I was very happy to hear our names in the UN room. It gave me the feeling that I am under the UN protection”.

Jalila and Mahdi’s case came before the courts again on Tuesday, but in the traditional warped style of Bahrain’s judicial system, the process was postponed again until 25th June. While Jalila remains free on bail, Mahdi, President of the Bahrain Teachers Union, continues to be held in prison where he has already spent more than 12 months.

The judicial system used in this way is just another form of “slow psychological torture” to cause maximum distress, alternating with hope, and then more distress and maximum inconvenience to the prisoners and their families and supporters.

A video called “The Bleeding Pearl” documents both the recent and older history of the physical torture inflicted on Bahraini citizens. The victims speak eloquently of their dreadful experiences.

More than one accuses Lieutenant Noora Al Khalifa, a member of the “royal family”, of directing and taking part in torture sessions. You can watch the video, HERE:


As yet, not one single person, senior or junior, has been held accountable for these gross acts of barbarity and in some cases, murder, and successfully prosecuted, though a number of trials of junior members of the security forces are in progress.

Apart from everything else, sectarian abuse and targeting continues, despite the “protests of innocence” of the Government and frequent statements about what “huge strides towards democracy and freedom of expression” it is making, usually aimed at fooling the international community..

Good examples are statements in Istanbul made yesterday by Bahrain’s Deputy Prime Minister Sheikh Ali bin Khalifa Al Khalifa at the “International Forum of the Alliance of Civilisations” held in Turkey and chaired by Turkey’s Prime Minister Recep Tayyip Erdogan.

In his speech to the forum Sheikh Ali said that Bahrain “is a country of law, institutions and people’s participation in building communities… the kingdom continues to implement its commitment to the freedom of thought and expression, justice and cultural and religious diversity through cultural dialogue between civilisations”.

Which is a complete load of twaddle  when you know that Nabeel Rajab was imprisoned for sending out Tweets mentioning the Ministry of the Interior.


To emphasise the absurdity of the point, his supporters rallied behind him at a demonstration in Manama yesterday at which they displayed in large format dozens of Nabeel’s Tweets transmitted before his recent arrest.

On top of the Government’s delusional deception is their sheer sectarian vindictiveness.

Just one example of this are their attacks on students. Zainab Maklooq (24), Alaa Sayed (24) and Zahraa Zabar (23) were all medical students studying and living until last year at the Al-Damam University (King Faisal University) in Saudi Arabia.

On March 21st 2011, shortly after the outbreak of democracy demonstrations in Bahrain, the 3 students were requested by the Director of Al Dammam University housing, apparently on orders from the Saudi “Higher National Security Council”, to collect their personal belongings because they were to be immediately deported.

After being driven to the King Fahd causeway they were handed over to 50 masked security personnel from Bahrain, driven away in a mini-bus and verbally abused on the journey.

After 23 days in prison for made-up charges of “criticizing government symbols”, “inciting hatred towards the regime”, “organizing protests at the university” and “contacting foreign TV channels and disseminating misleading information” and 3 court appearances they were acquitted for lack of evidence.

Despite this the 3 students are banned from returning to Saudi Arabia to complete their studies. Zainab and Alaa were in their sixth year of study and just a few months away from graduating and Zahraa was in her fifth year.

Applications to other universities have been meet with the information that they will have to repeat at least 3 years of study.

Mahmood Habib is another Bahraini medical student who had a scholarship to the University of King Faisal in Saudi Arabia where he was in his last year of study and was about to take his final exam.

Shortly before this was about to happen he was told that complaints had been made against him by colleagues concerning supposed comments on the situation in Bahrain. He was suspended and has since been expelled. No crime, no trial, years of study wasted.

EDITOR: As long as vicious sectarian persecution, based on flimsy and in some cases no evidence at all, continues in Bahrain, the kingdom will be the laughing stock of the world as civilised people see straight through its ridiculous and hypocritical posturing and its acts of sheer vindictiveness.