BURMA: In my very first post on 1st January 2011 I wrote about women’s rights and how by depriving women of the opportunity to play their full role in society, we waste 50% of the earth’s human resources.

Two of the women in oppressive situations that I highlighted then were Aung San Suu Kyi, the Burmese pro-democracy leader who was held under house arrest, on and off, for almost 24 years until her release on 13th November 2010, and Sakineh Mohammadi Ashtiani who was sentenced to death by stoning in Iran, despite the fact that her husband was already dead at the time of the supposed “offence”. 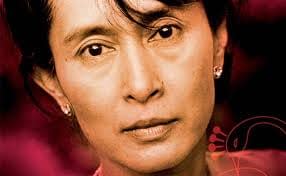 It is with some pleasure then to note that Aung San Suu Kyi is now free to travel, that she and her followers have won some seats in the Burmese parliament, that Burmese leaders after years of isolation are now communicating with the world (though probably through self interest), and that Aung San Suu Kyi has today arrived for a visit to the UK.

This is her first visit to Europe since 1988, although she was married to an Englishman, Michael Aris, a Tibetan scholar, who died of cancer in 1999. Fearful that the Burmese authorities would not allow her to return if she went to her husband’s bedside, she made the painful decision to stick by her people and remain in Burma.

Aung San Suu Kyi also has 2 sons based and born in the UK and during her UK visit she will make a visit to Oxford where they all lived for a number of years. Today, Tuesday, is her 67th birthday.

She is expected to receive an honorary degree from the university while in Oxford, meet Prince Charles and his wife Camilla on Thursday and address both houses of the British Parliament, as well as meeting David Cameron the Prime Minister. She spoke in Ireland at the weekend, HERE:


Last Saturday Aung San Suu Kyi addressed the Nobel Committee in Norway and received the Nobel Peace Prize which they awarded her 20 years ago. She said she heard about it on the radio at the time, while under house arrest, and it helped reconnect her with the wider world.  You can read more about her life, HERE:

So sometimes the world does get a little better it seems, despite all the pain, persecution, killing and torture. 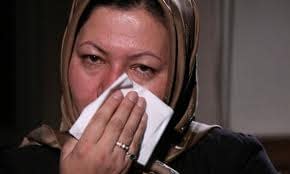 IRAN: Of Sakineh Mohammadi Ashtiani, the Iranian lady sentenced to death by stoning, there is no word as far as I can trace.

In January 2012 the Iranian parliament changed the law on “adultery” to death by hanging, but that is effectively no improvement on a punishment that seems to be reserved for women and remains cruel, inhuman and unjust.

Sakineh Ashtiani, may still be alive in prison, but it would not surprise me to learn that she has been quietly and secretly executed.

EGYPT: The 2011 “revolution” in Egypt that brought down it’s long time president and dictator, Hosni Mubarak, looks as though it may have stalled.

Despite reaching the point of parliamentary elections, a “Supreme Constitutional Court” (odd when the country still does not have a constitution) declared last week that the legislative polls last year were unconstitutional because party members were allowed to contest seats in the lower house reserved for independents.

Tahrir Square in The Heady Days of Revolution

This has led the Supreme Council of Armed Forces (Scarf), which had controlled the country since Mubarak fell, still in complete power.

So everyone is wondering if anything has changed.

The question gains more stringency when you discover that of the 2 remaining candidates in last week’s presidential election run-off, one is a former army officer and prime minister under Mubarak, Ahmed Shafiq, and the other is the leader of the Muslim Brotherhood, a group of whom the army are terrified.

Following the ruling by the constitutional court on the parliamentary elections, Scarf, dissolved parliament and prevented MPs from entering, and yesterday gave itself sweeping powers over legislation, the national budget and over who writes a new constitution, effectively removing power from any new president.

The Brotherhood’s presidential candidate Mohammed Mursi is believed to be slightly ahead in the polling but the results will not be declared until Thursday.

The former presidential candidate Hamdeen Sabahi, who was 3rd in the first round of voting, said the declaration was a “seizure of the future of Egypt”.

So far the street revolutionaries, many of whom supported Sabahi, have been restrained.

However, if Thursday’s result is suspected of being gerrymandered in favour of the ruling army council, who seem to have guaranteed themselves jobs for life and have huge and lucrative business interests all over Egypt, then the revolution in Egypt may just have to take place all over again.

Whether the people have enough energy or stomach for that remains to be seen.