Revolution In The West? 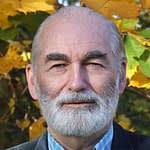 REVOLUTION IN THE WEST?

Disaster in Japan:
Firstly, my thoughts go out to my friends and contacts in Japan, in fact all in Japan for the unbelievable series of disastrous events currently unfolding.  First an earthquake, then a mega tsunami and now a potential nuclear melt down in at least one power station. 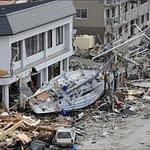 The tsunami pictures and tsunami videos emerging from Japan are horrendous, riveting and heartbreaking. It certainly puts our own personal problems into perspective.

Having visited Japan on many occasions over a number of years and even experienced a minor earthquake (it is very odd to wake up in the middle of the night in your hotel room to find everything, including the room itself swaying), I know that somehow the resilient Japanese people will rise to the occasion and their sense of order, organisation, family ties and discipline (often an obstacle to personal growth in other contexts) will get them through.

In an odd way it may just be the cohesive glue that binds the Japanese together once again (as it did after World War ll ) to kick start their economy which has been in the doldrums for two decades now.  As always, chaos tears up the rule books and allows new ideas, challenges and growth to be re-born.  The current disaster in Japan will be no exception.

Revolution in the West?

In my previous post Does The Western World Have a Conscience? I touched on the possibility that Western countries themselves may not be immune to increasing discontent and protest by their citizens.

In the UK recent events suggest to me that this is even more likely than I originally thought.  Firstly, it is clear that we in the UK (and much the same applies it seems to me in the US and most of Europe) have just been subjected to the biggest government confidence trick in the last 300 years since the South Sea Bubble of 1720. 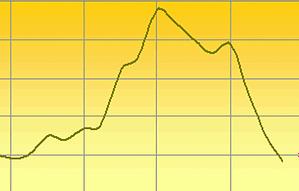 Our banks, on the verge of complete collapse because they took unacceptably stupid investment risks with their depositors money, were bailed out and rescued by the tax payers.  As a result our economy is under severe strain and the UK Government (in common with many other Western Governments) has no money, existing largely on huge loans raised through Government bonds.

But even the loans are not enough.  The Government has been forced to cut back spending in other areas.  So for the taxpayer, as thanks for bailing out the banks they have been “rewarded” with increased unemployment, fewer jobs, reduced benefits, cuts in services, house repossessions, increased food and petrol costs, tax increases and a lower standard of living.  In other words a completely bum deal!

At the same time, the banks, several of whom are now partly owned by the taxpayer, have bounced back into renewed profitability and rewarded their directors and senior staff with billions of pounds in bonuses.

Not just a reasonable thank you and a pat on the bank, but obscene amounts of money and packages for some individuals totalling many millions of pounds – the same individuals in many cases whose previous actions and decisions dragged Britain and many other countries into their worst ever recession.

Additionally, there has always been a class divide in the UK between those born into and educated in privileged circumstances and the rest.  Now there is an even bigger divide between the bulk of the population and not just the privileged but controlling minority, but the moneyed classes too.

Latest statistics indicate that the very rich, despite the recession, are getting richer.  Money not only buys comfort and insulates against price and tax increases but it also provides power.

An angry middle class knows how to organise and agitate and are extremely knowledgeable in using the Internet, social media and modern communication systems (as has been successfully demonstrated recently in the Arab world – see Arab World in Revolt).

The working class will be only too happy to join them.  Once they start agitating together they won’t give up until they get a result and the government is forced into a climb down and concessions.  The soundness of Western democracy may well  be truly tested.

We have already seen some serious reaction to future increases in student tuition fees. The recent student demonstrations were large, consistent and often violent and destructive.  I believe we have seen nothing yet.

Recent expenditure cuts announced by the UK Government will result in job losses to police officers and many police support workers, health and hospital workers ( “NHS efficiency measures” are just cuts by another name), firemen and many public sector workers employed by County, District and City Councils throughout the country.

To add insult to injury the Government has just announced an end to final salary and inflation – proof pensions for public sector workers as well (though this is long overdue in my view) and it looks as though some people will have to work harder and longer in order to get a smaller pension than they would have got previously. All fuel for the fire.

Many small businesses and self – employed people like myself are also feeling the pinch.  Services that we supplied and were formerly valued necessities for keeping life on track are suddenly, in a severe recession, luxuries that people can no longer afford.

And just to annoy the majority further, many of those who are making these decisions at both a national and regional level keep telling us that we must “all share the pain”.

I doubt the 18 millionaires in Mr. Cameron’s UK coalition cabinet with a reported personal net asset worth of £50 million are feeling much economic “pain”.

I doubt whether the toffs currently running the Labour Party and the vast majority (though not all) making the same decisions at a regional level, whatever their political persuasion, are feeling the “pain” either.

I also doubt that almost any of them are checking their wallets and bank balances every time they go to buy food and petrol as many of the rest of us do now.

Many years ago, when I was a young choir boy singing in the local church, one of our occasional “treats” was when the vicar unlocked the the little door in the vestry wall so that we could gaze upon the mummified head of Simon Theobald, known as Simon of Sudbury.

The head is still there and this week it is to be RSI scanned at a local hospital so that a team at Dundee University can have a go at reconstructing what he actually looked like.  While the head still rests in the church, Simon’s body is entombed in Canterbury Cathedral.

The reason why this is relevant and significant here is that Simon Theobold was not only a former Archbishop of Canterbury and Chaplain to Pope Innocent Vl but rose to be Lord Chancellor of England in 1379 and became responsible, among other things, for making financial decisions for the English economy (George Osborne is the current UK Chancellor responsible for dealing with much the same problems).

In the 1340’s the Black Death, one of the worst pandemics the world has ever seen, swept across Europe and depleted the UK population by an estimated one third, causing a massive shortage of labour. As a result the remaining working population had to work harder for no increased recompense.

Simon of Sudbury, as Lord Chancellor, made the mistake of increasing the Poll Tax (to help a struggling economy and to finance the government’s military adventures overseas), probably on the orders of an unaware ruling elite, for the third time in four years.

This was too much for a struggling working population and the Peasants Revolt of 1381 resulted in a march on London from several directions.

The outcome was an attack by the peasants on the Tower of London and the execution of Simon Theobald, the Lord Chancellor, on Tower Bridge where his head was displayed on a spike and from where it was later recovered.

There must be a warning there somewhere!  You can only push the population so far before they will react to perceived injustice – often violently.

I think the UK, and possibly other Western democracies, are in for a long, hot summer of discontent.  Time will tell if I am right or not……

Previous Post Does The Western World Have a Conscience? l Egyptian Women Next Post Democracy and Human Rights l Update