EDITOR: For a moment I thought it was April 1st, April Fool’s Day, when I read the Bahrain News Agency (BNA) report of King Hamad’s speech on the eve of today’s International Press Freedom Day. But no, it is May 3rd.

Frankly, I don’t know how the leader of one of most repressive regimes in the world, especially in terms of freedom of expression, has the neck to publicly make the speech he has just given about Press Freedom in Bahrain. 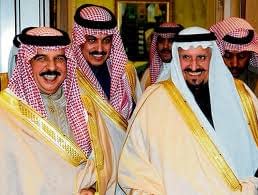 Gulf "Royalty" Having a Laugh About Press Freedom

On the 2012 Reporters Without Borders Press Freedom Index Bahrain ranks at 173 just ahead of such fine bed-fellows as China, Iran, Syria, Turkmenistan, North Korea and bottom placed Eritrea at 179!

Reporters Without Borders even lists King Hamad as a one of its more than 40 “Predators of Freedom of Information”.

Yet, says King Hamad, “We are delighted on the occasion of the international day for freedom of the press to convey our utmost compliment and appreciation to the press and media family in the Kingdom of Bahrain for their sincere efforts in developing the spirit of citizenship, conslidating (sic) the values of freedom, democracy and human rights and supporting reform plans and comprehensive susainable (sic) development”.

(BNA’s translators should be banished to the Arabian desert with a set of English Language books until they properly master the art if they are going to publish this stuff for international consumption – but that’s another story! I digress)

“We emphasize,” the King burbles on, “Our pride in pioneers of Bahraini journalism who took on their shoulders the task of construction of modern Bahraini media on foundations of diversity, mulitiplicity (sic) and credibility, and we appreciate objective free writers and honest genuine patriotic voices and creative media cadres who placed the Kingdom of Bahrain’s interest, progress and prosperity above any material, ideological or sectarian consideations (sic)”.

(I think the English dictionary they are using is the one they found when the Al Khalifa’s arrived in 1783! Sorry, the translation is so constipated it is not true!) 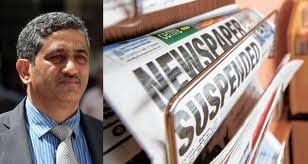 Press Freedom in Bahrain in Action 2011

And then comes the King’s best joke… “There should be no tampering with the right of Bahraini citizens in expressing their opinions, nor any celings (sic) put on their freedoms or creativity apart from professional consciousness, national and ethical responsbilitiies (sic) and observance of the people’s unity and national interest in compliance with the Constitution and the Law”.

In other words we will protect your right to say what ever you want as long as you agree with us!  That’s a pretty rotten basis for a “democracy”.

It gets worse …… “We are fully and constantly supportive of the rights of journalists, writers and media personnel and organizations as they carry out their noble mission without any threat or molestation. We do not and will not tolerate throughout our reign any insulting, arresting or jailing of a journalist as a result of exercising her/his legal and constitutional right of free expression”.

Well, your majesty, try telling that:

Lastly, the King has the temerity to complain about “Bahrain’s unfair treatment in the media”.

“It is quite clear that the Kingdom of Bahrain has been targeted by purposefull (sic), willful campaigns through some foreign media which sought to distort true facts, instigate violence, sabotage, hatred and hostility among citizens in our united nation and this contravenes against all religious teachings, moral ethics and interntional (sic) treaties and conventions as these campaigns which propgated (sic) false opinions and relied on one-sided and biased sources devoid of any accuracy and credibility and which marginalized the rest of Bahraini public opinion”.

So the many PR companies that you employ at a cost of millions of dollars around the world are not charged with distorting “true facts” then? They independently only tell the truth, reflect the reality in Bahrain?

If you did not have so much to hide, the international press would give you an easier time.

Your majesty, I offer you a challenge. If your “freedom of expression” policy is now so enlightened, publish this article on the BNA website or in the Gulf Daily News, uncensored and unabridged.

Until then, I for one will continue publishing comment on your distorted, badly written drivel to ensure that the world knows what is really happening in Bahrain and to prevent the truth being swept under the carpet.

If you can stand reading the full text of the King’s meaningless, badly translated burble, you can read it HERE: