Perhaps signalling a sign of its desperation, the Assad regime’s Foreign Minister, Walid Muallem, said yesterday that the “nationalistic Opposition” could join a Cabinet, if they agreed to “lay down their arms” and rejected foreign intervention.

Appearing completely delusional, he also said that any discussion of President Bashar al-Assad’s future was “unacceptable”, knowing full well that the Opposition will hold no talks with  Government until Assad has stood down.  The main Opposition group, the Syrian National Coalition, also welcome foreign intervention and there is therefore no chance of Muallem’s offer becoming a reality. 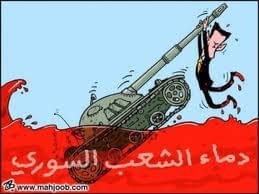 Assad Holding On as Syria Sinks

Seemingly acknowledging though that Assad is presiding over a “sinking ship”, Muallem said, “The US continues to have the president’s departure as a condition of regime change, ignoring the fact that the captain of a capsized ship does not jump into the first boat”.

That he should make such suggestions at this time is interesting, as clearly the Syrian Army are unable to push back the Opposition fighters and the Free Syrian Army and their independent allies continue to chip away at territory around Aleppo, in the rural areas and in the suburbs of Damascus.

The Army has been trying to retake the capital suburb of Daraya for 2 months but has not succeeded, despite bombarding it continuously.

Daraya was the subject of rocket and jet attacks again yesterday and today, Sunday, and dozens are reported killed or injured.  80 explosions were heard in Daraya on Saturday morning alone and Government tanks continue to shell the area indiscriminately as can be seen in this video footage, HERE:


A grad missile hits the suburb in slow motion, HERE:  and Daraya’s children bravely deal with their injuries, HERE:

The strain is also being felt in central Damascus where many people from the suburbs have now moved and been taken in by relatives or friends.  Some houses are reported to be accommodating as many as 30 to 50 people and bread queues are starting to stretch into waits that last hours. 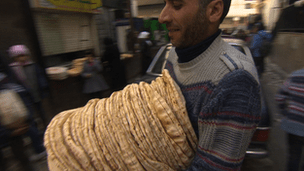 Inside the “Damascus Bubble”, citizens still drink hot chocolate inside cafes and civil servants still get on public transport to go to work, but the petrol queues now snake around the block and talk is of “high energy biscuits”, food normally reserved for countries in famine.


In more rural areas, local residents have now taken to illegally cutting down trees in order to provide fuel for cooking and to keep warm.  Al Jazeera has a video report, HERE:


Lyse Doucet has also now filed a video report and an updated article on the massacre at Hasawiya. What has emerged is that this was the work of the Alawite militia, the Shabiha, and latest reports suggest that as many as 150 died in the village.

Off camera women talk of how they were stripped naked and 44 were raped. Up to 100 men may have been kidnapped and the BBC saw of evidence of executed bodies that had been burnt in an attempt to destroy the evidence. The BBC has an article and video report (moderately gruesome), HERE:

This latest outrage prompted Navi Pillay, the UN High Commissioner for Human Rights, to plead with the UN Security Council to refer Syria to the International Criminal Court (ICC) for investigation, but Russia and China remain intransigent, continuing to block any move that criticises President Assad.  Syria has never signed up to be an ICC member and the Security Council is the only body that can order such an investigation.

Pillay’s plea followed hard on a letter sponsored by Switzerland and now signed by 58 countries to the Security Council making a similar request.

Muallem, Syria’s Foreign Minister, accused some of the signatories of using “deceit and double standards”, requesting a human rights investigation on one hand and supplying weapons and ammunition to the Opposition on the other.

AS THEY CLOSE IN, OPPOSITION FIGHTERS TAKE ANOTHER MILITARY BASE DEFENDING ALEPPO INTERNATIONAL AIRPORT:


In Aleppo this morning, Sunday, it is reported from the FSA that Opposition forces have taken Base 599, one of the military emplacements defending Aleppo International Airport and there are heavy clashes around the Muhallab military barracks in the Sabeel district.

At the Menegh helicopter base, Opposition forces are able to freely survey the airfield and are within shooting distance of the aircraft remaining, HERE:


Russia, in another sign of the increasing isolation of Syria’s largest city, has suspended the operation of its consulate in Aleppo.

In  the extreme north-east in Ras Al Ayn, the Kurdish National Council has called on the Syrian Opposition to stop Jihadists shelling Kurdish militia positions with tanks and heavy machine guns.  Several hundred Jihadists crossed from Turkey earlier in the week and there is some suspicion that the Turkish authorities, in support of their own campaign against Kurdish militants both inside and outside Turkey, are encouraging the conflict between the two sides.

In Hasaka province,  clashes between the Syrian Army and Kurdish Defence Units are being reported around the village of Karzero, just east of Al-Rmeilan city, Syria’s oil capital.  The Syrian Army reportedly retreated under fire and 24 soldiers are said to have defected.

Lastly, on the “unconfirmed report” front there is one that the head of the police in Latakia has defected and another that a defected MIG pilot has attacked Assad military sites in the mainly Alawite neighbourhood of the mixed sect town of Moadamiyat al-Sham near Damascus.

At first Opposition activists thought the plane was attacking Opposition targets, but after several rocket strikes and the activation of Syrian Government air-defence systems, they concluded that the pilot had turned against the Assad regime.  What happened to him or the plane is not know.

Syrian MIG-21 that Defected to Jordan in June 2012