So far Saudi Arabia, probably the jewel in the revolutionary crown and not known for its dedication to democracy and human rights, has seemingly escaped widespread demonstration and protest against its autocratic rulers.  But this is only what we see on the surface. 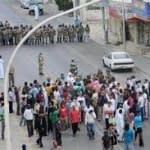 Saudi Arabia in yet another Sunni Muslim state controlled by a repressive ruling elite. Unrest has appeared in the eastern states where there is a significant Shia population and on a much smaller scale in Riyadh.

The security services routinely arrest anyone even thinking of starting a protest or opposing the government. Some previous protesters or critics of the regime have been held in jail for years without trial.

The Council of Senior Clerics even declared that petitions and protests were “un-islamic” – a decree which would probably have been routinely ignored by most of the historically famous religious figures that have emerged from the region!

One of the biggest problems in the state is corruption, endemic in any country where the same small group of unelected people have been in power for far too long.

The other major problem is the lack of democracy and human rights for women, who apart from anything else are suffering from generations of boredom.

Saudi women are not allowed to drive, go out alone, be alone with a man other than a family member or get a job,  go to college, or even a health clinic, without male permission.

The most exciting thing in their day is going to the shopping mall in the evening, where all the shop assistants are male (mainly Asian), even in the lingerie department!

Yet 10’s of thousands of Saudi women are educated to degree level. Listening to the men on the video it is clear that they are speaking “male domination gobbedly – gook” which is not far short of medieval. 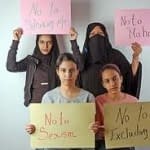 Saudi Women Standing Up for Themselves

The government recently announced, after a two-year delay, that there will be local elections on 23rd  April 2011, but women won’t be able to take part.

Hopefully, somehow, someday, in the not too distant future, the women of Saudi Arabia will rise up, with the support of enlightened men, and free this country from its repressive shackles.

I also commend to you “Saudiwoman’s Weblog” as an excellent source of balanced Saudi views, particularly on the rights of women.

There is a long history of both revolution and repression in Syria. 41 years ago the “Corrective Revolution” put the father of the current President, Bashar al-Assad, in power and since then there have been few challenges to the Baath Party’s stanglehold on the country and its economy.

There have been attempts at a number of uprisings but all have been crushed, including one in Hama in 1982, when the army, on behalf of the Assad regime, is believed to have killed 10,000 people and destroyed much of the town.

Since 2000, when the current President’s father died, there has been a resurgence of opposition, including an Internet based discussion forum led by Suhair al-Atassi, a female human rights activist who has recently been jailed for her views.

Recent protests have centred on the south – western city of Daraa as well as the Damascus suburb of Douma and Latakia in the north, and between 60 to 120 people have been killed according to reports.

President Assad recently gave a long awaited “none speech” to the nation, which promised reforms but delivered nothing.  No doubt the people Syria will continue to demand their rights – 41 years of rule by the same party and the same family is not in any form “democratic” and is bound to be riddled with corruption.

If the only way a government can stay in power is by repression then it has already lost its legitimate mandate to rule.

Protests still rumble on in Qatar, Kuwait, Jordan and other states, but what about China, one of the most repressive and controlling regimes in the world?

There is probably nowhere on the planet where leaders have more paranoia about popular dissent than in China. You may thought the revolutions taking place around the world have passed them by – but not so – they just have a very Chinese flavour.

The “Jasmine Revolution” is happening in China but slowly and without banners, placards or slogans and the first 700 word protesters statement in English has just been released, recommending “the sound of laughter, singing and salutations instead  of the sound of guns, cannons and warplanes”.

Young and old, only too conscious of the intimidating aggression shown by Chinese security police, stroll past each other on Sunday afternoons starting at 2.00pm and exchange knowing looks and signals of fraternity.

The Chinese authorities are nervous, lack confidence and “hit back” with huge numbers of police on patrol in the major cities and use dogs and even road sweeping machines to keep the crowds moving. Over 100 known activists and lawyers have been arrested recently or are under house arrest.

The Chinese government is so afraid that it even removed the word “Egypt” from its Twitter like micro – blogging search engine service, called Sina, recently and restricted news access to events in North Africa.

Sina, apparently, has 50 million users and I am sure that, as in Tunisia, young people will find a way with new technology to convey their feelings and thoughts rapidly and quickly -nor does any government have the right, or ability, to control how people feel and think.

And finally, last week BaiDu, the largest of all the Chinese Search Engines (equivalent to Google) turned up on this website, according to my webstats, and trawled it 34 times in one day and has visited every day since.

Perhaps they don’t like words like freedom, self – determination, democracy, revolution, empowerment, women’s rights, free Tibet, self – expression and change! Sorry guys – that’s what my website is all about!

China’s day of freedom and democracy will come – tyranny and suppression breed resistance (as Confucius might have said) – and the ghost of Tienanmen Square still has legs!

(FOR AN UPDATE ON DEMOCRACY AND HUMAN RIGHTS IN LIBYA, EGYPT, YEMEN, IVORY COAST,TUNISIA AND BAHRAIN GO BACK TO THE PREVIOUS PAGE)