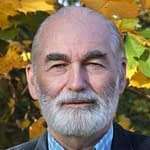 
Democracy On The March:

First Tunisia, then Egypt, Jordan, Yemen and also Sudan. Democracy is definitely on the march.  The big question is where next? If democracy has legs then Algeria, Iran, Saudi Arabia, Syria, some other Middle East states and also China are lying in its path.


Democracy is not a perfect system, as all of us who live in one know full well.  But combined with an independent judiciary, police force and army, we know that to a very large degree we have freedom of self expression, including the right to criticise the government of the day and to peacefully demonstrate and campaign against things we don’t like.

We also know that we can do that without fear of reprisals, arrest, imprisonment or torture and furthermore, if we do fall foul of the law, by and large, the legal system will usually be fair.  And if we feel it isn’t, we can freely campaign to get an appeal and a review of our case. 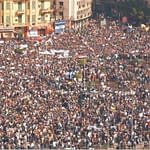 Lastly, and very importantly, we also know that our democratic voting system (whichever one we choose) works sufficiently well and accurately enough so that governments the majority don’t like can be removed and replaced by a democratic opposition in an orderly way. We also know that the opportunity to vote will occur on a regular basis and be largely free of corruption and manipulation.

Frankly, all the above, that most of us living in a democracy normally take for granted, are unknown luxuries in the countries mentioned at the beginning of this article – and clearly it is time that things changed.

It seems absurd to me that any ruler, president, prime minister or king (apart from in true constitutional monarchies where the royals have no law making powers) should be allowed to rule for 30 years or more.

Eight or ten years maximum is more than enough before cosy cronyism and corruption  sets in and the ruler, whoever they are, is surrounded by sycophantic appointees and supporters who will do anything to maintain the status quo and their well heeled and privileged lifestyles.

In a democracy you can get rid of people like that. In a dictatorship, oligarchy or some medieval fiefdom run by self – selected royals – you can’t.  They surround themselves with repressive soldiers, police and laws and rule by fear, corruption and control – all to benefit the few at the expense of the many.

What we in democracies forget is that our countries also went through a similar stage of evolution to the ones we are seeing now in Africa and the Middle East.

Europe during the Middle Ages was a mess of city states, fiefdoms and warring factions that cared little for the rights of individuals and antagonism remained between nationalist “tribes” and nations right up until the end of the second world war.

America broke away from English rule and then went through its own civil war before black slaves were freed and gradually allowed to assert their right to be equal to everyone else.

What we are now seeing in other parts of the world is part of this evolutionary process and I hope that it will continue with as little bloodshed as possible. And then hopefully all individuals in those nations will become free to speak as they chose, vote as they chose and live as they chose.

More than this, as I intimated in my very first blog on this site, I  hope these revolutions allow women to take their full and equal place in these societies as they do in ours.  Without this those revolutions remain incomplete and ineffective.

And watch out China (which blocked mention of Egypt last week on its own version of Twitter, called Sina) and all those other states mentioned earlier, especially Saudi Arabia – your days of complete and utter control of both women and your society in general by a small number of self -chosen fat cats are truly numbered – at least I hope so!

My support of Emmanuel Jal’s charity Gua Africa continues throughout February and by using any of my Amazon links I will ensure that 10% of any commission I earn goes to support Emmauel’s work with the child victims of war (your Amazon prices remain as normal).

Emmanuel has also highlighted on his Facebook page, the demonstrations on January 30th in Khartoum, the capital of Sudan, which have largely gone unreported by the world’s media.

According to information that has leaked out up to 70 people were arrested and 20 are still being held at the headquarters of the National Intelligence and Security Service (NISS) (probably the same place I briefly visited 30 years ago – See Part 3 of my Juba prison story) and in danger of being tortured.

These are mainly, though not all, Arab young men, citizens of North Sudan and many were injured before being arrested and at least one has reportedly died since. You can read more of their story at: Free Sudanese Protesters Now (scroll down for the English version).

Clearly North Sudan still has some way to go before it truly embraces freedom and democracy.

Meanwhile, it is good to report (and following on from previous blog posts on southern Sudan (Part 1, Part 2 and Part 3 ) that it was announced yesterday that the South Sudanese voted overwhelmingly, almost 98.83%, for independence and secession from the North.  President Omar Al – Bashir of Sudan has again confirmed his agreement on behalf of the North to this division.

Good luck to South Sudan on its journey to freedom and lets hope its new government implements democracy and equality from the start and quickly resolves the outstanding issues with the North.

Emmanuel Jal was in Hong Kong recently and talked more at the MAD (Make A Difference) Conference about his extraordinary life as an escaping boy soldier and his rescue by British aid worker Emma McCune .

You can hear all this on the video clip below and hear him sing the song he wrote and dedicated to Emma who was tragically killed in a car crash shortly after she got him to safety in Kenya. MAD is an organisation of young people in Asia that have come together to bring about and support constructive change around the world.

I have to say I am now a fan of Emmanuel’s music – though many of the Chinese in the video below still look rather bemused!  I don’t think some of them knew what to make of it at all!

And lastly, next time it snows, forget about snowmen – try SnowArt instead!


Further to my previous posts  (Part 1 and Part 2), although the results of the referendum on South Sudan‘s independence will not be formally announced until 14th February, election officials have indicated that with 83% of the votes from the 4 million registered electors, both in Sudan and overseas, counted, 99% have voted to secede from North Sudan, with only 1.4% against.

The UN Security Council has praised the officials in southern Sudan for the way the referendum was organised and run and the President of Sudan, Omar al Bashir, has indicated that his government will accept the decision. So far an estimated 178,000 South Sudanese have already returned from northern Sudan and many more are expected back from overseas once a formal state and government has been established.

The name of the new state is expected to be The Republic of South Sudan, but that is yet to be confirmed. The fledgling country will not have an easy rite of passage to maturity.

Apart from absorbing all the new returnees, there are many issues still to be sorted out with the North over land use and oil fields, new infrastructure is desperately needed, including tarmac roads, schools and hospitals and issues of corruption and the misuse of aid funding from abroad need to be addressed urgently.

Corruption is one issue highlighted by the South Sudanese singer Emmanuel Jal who now lives in the UK. More than 2 million people lost their lives in civil wars in Sudan, including Emmanuel’s Mother, and after her death he was drafted into the rebel army, the SPLA, as a boy soldier aged just seven.

After some terrible experiences he ran away with some other boys, many of whom died along the way, until he was eventually smuggled into Kenya by a British Aid worker, Emma McCune, who adopted him but was tragically killed in a car crash just a few months later. He started singing to ease the pain and “the rest is history”, as they say.

However, Emmanuel has not forgotten his roots and works extremely hard to help other children caught up in war, supporting families in refugee camps and building schools for the street kids in the slums of Nairobi through his foundation and passion Gua Africa .

Having seen the street kids of Nairobi eating out of rubbish bins there myself, I know how bad it can get when you are hungry and penniless and have a cardboard box for a home and no chance of an education.

As for his music, I am not normally a fan of Rap or Hip Hop at all but Emmanuel’s African style  moves me – Listen to this great clip below.

“We Want Peace”  Step Up For Peace!

(Click on the arrows on the righthand side for Full Screen)

If you buy – anything – (and on everything you buy) – through my Amazon links on this site (UK or USA) during the whole of February 2011 I will give 10% of any commission I receive to help Emmanuel’s charity Gua Africa. (Gua – (pronounced “gwaah”) – means Peace)

(Your Amazon buying prices are exactly the same as usual and your personal data remains confidential to Amazon).

Those of you who have been following my posts have already read Part 1 and Part 2) of my Juba Prison story from 30 years ago…..

Where I left off last time my girlfriend and I had just been summoned to the Prison Governor’s office and then whisked off to Juba airport under armed guard…..TO READ MORE…>>>  NEXT PAGE