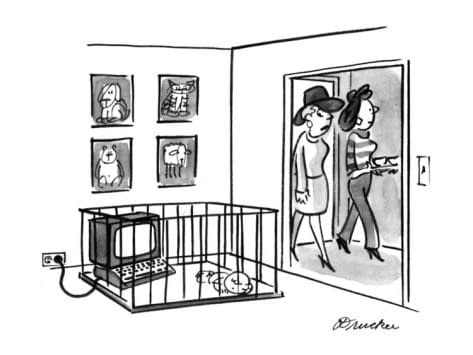 When you ask the question “What do our children need most?”, the answer depends rather a lot on where they are.

I often write about violent countries such as Syria and Iraq and what the children need there most is food, water, protection, security and stability.

And the same is true, to our collective human shame, for children across much of the Middle East and Africa. 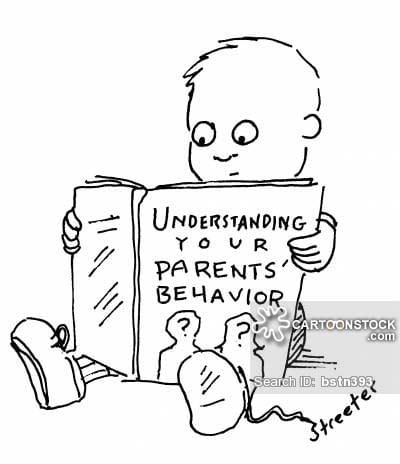 These things should be a given staple of life for any society but unfortunately in a 21st century wracked by conflict they are still too often not.

But wars are started and carried on by adults, not children; adults who were themselves children once, perhaps not getting their own needs met.

Clearly our childhood shapes hugely what sort of adult we turn out to be, though over the years there has been an ongoing debate over whether the adult we become is the result of “nature” or “nurture”.

Personally, I think it is a combination of the two, with “nurture”, how we are brought up, influencing us the most.

“Nature”, our genetic inheritance will give us pre-dispositions for certain potential character traits and modes of behaviour, both positive and negative  – but which of those comes to the fore, for good or for evil, depends largely on the influences we experience throughout our childhood.

Some psychologists say that our basic character and the way we interact with the world is already formed by the age of 3.

From my professional experience working as a psychotherapist with many adults with recurring problems, I would say that is largely true.

We can modify our behaviour later and become subject to an enormous range of influences during the next 15-year journey into adulthood, both at school and in our local environment, but whether we relate to others assertively or aggressively, passively, dominantly or cooperatively, and act with confidence or reticence, for example, is already set.

The biggest and most powerful influences on our childhood, from both a biological, proximity and intimacy point of view (and for both good and bad) remain our parents – or if we have lost our parents (a devastating event in itself), those who take over that role.

Therefore, being a parent is perhaps the most responsible (and difficult) job going. Where’s the training? Only the quality of our own childhood experience.

Not only are our parenting skills crucial to our child’s future but to the world’s future too.

We as parents, have a major role in shaping future adults who are confident without being arrogant and cooperative and peace-loving without being fearful, aggressive and conflicting – plus all the degrees in between.

We can infect them with our negative prejudices or encourage them to be open, reasoning adults who will think for themselves and make up their own mind what is best for them and the general good in any given new situation.

Key to producing caring, reliable children who will turn into adults that respect others and the planet, as well as themselves, is “time”.

The amount of time, quality time, we give our children is vital to how they self-define their value as a person.

If as a parent you don’t spend positive quality time talking, listening, playing, interacting and demonstrating love for your children, they in turn, especially when small, will learn that they are not worth your time spent on those things – and by extension not worth much as a human being (that’s how children think).

And children that grow up to be adults that believe they are not worth much will either become very insecure or compensate by becoming overly aggressive (to one degree or another).

Following on from a worldwide survey they conducted in 2009, the market research company FK&Y, on behalf of furniture giant IKEA (probably commissioned for commercial reasons), ran an updated one in 2014 to determine both adult and child attitudes to “play”.

The Play Report 2015 pointed out that “play” is really important for learning about life. “It fuels development. Makes us more creative, stronger and more active. It teaches us to work together and care about each other. It sparks curiosity”.

The report goes on to say that, “Play is a state of mind. A way of finding fun in everything you do – especially those normal, everyday activities that are such a big part of our lives at home”.

The 2015 report interviewed 29,199 people from 12 countries on the continents of America, Europe and Asia, including the states of Russia, China, India and South Korea.

The most striking things from the survey were that overall 51% of children said that they would like to “spend more time with their parents” and 71% of parents felt their home should be “a place of fun and play”, yet 49% of parents admitted they “did not spend enough time playing with their children” and felt guilty about it.

Interestingly, it is now emerging countries like India, China and South Korea where parents say most that they “do not have enough time to play with their children”. In India it was 60% of those parents interviewed, whereas in the Netherlands it comes down to 33%.

(The Netherlands has also been recognised by the UN as one of the best countries for children to grow up in, more families eating and sharing activities together than anywhere else.)

Other research shows that parents actually spend more time physically with their children now, than they did in the 1970’s when many of today’s parents were born. That’s possibly because back then we as children spent more time playing outside with friends than many parents would allow, for security reasons, now.

However, it is “quality time” that is missing. Entire families sitting around a table in a restaurant all playing separately with their smartphones is not an uncommon sight.

23% of parents interviewed in the Play Report admitted to sometimes communicating with members of their family while together in the same house via text messages or social media.

In other households a reaction to digital overload has provoked a ban in using all mobiles for an hour or so each evening so the whole family can interact more effectively, humanly and face to face. The choices are ours to make.

Nor is the attraction of digital devices all pervasive.

No less than 80% of children covered by the Play Report said they preferred playing with friends rather than watching TV (19%) or using the Internet (17%) and 51% said they would like to spend more time with their parents, as previously mentioned.

Though as parents we often want out children to change their behaviour, our children unsurprisingly want the same from us. The top 10 changes that children want their parents to make are as follows:

1. To come home earlier from work.
2. To spend time outdoors together.
3. To join in playing with toys.
4. To play video games together.
5. To play board games as a family.
6. To find time to read together.
7. To cook and bake together.
8. To help them with homework.
9. To watch TV as a family.
10. And to set time aside just to talk.

If we take on the responsibility of being a parent, is that too much to ask, especially given the consequences of not responding to these requests? I don’t think so. And I am horribly aware of the stresses of having to work to earn money to make ends meet. Too often life does not seem fair.

31% of parents in the Play Report said that when they do play with their children they are too stressed to enjoy it, while others admitted that they are bored – which says a lot about the quality of that relationship.

Conversely, children obviously find play therapeutic, nearly 50% of 7 -12 year olds saying that when they play they do not worry about things. Clearly a lesson for us all there.

The Play Report emphasises that play is important too for our children’s physical, social and cognitive development.

If it is also good for relaxation and stronger, more fulfilling relationships both now and in the future – perhaps more fun and play should be on all our agendas.

I therefore suggest that “More Fun, Play and Quality Family Time” should be our top resolution for 2016! (And if you haven’t got family, then with good friends.)

It sounds a lot less difficult than losing weight and more healthily compulsive in a good way that will benefit the whole family in the short term and eventually, with luck, the rest of the planet in the long term.

My thanks to Ikea’s Play Report 2015 for providing resources for this article.